And you thought royal renegades Prince Harry and Duchess Meghan were a problem for the British? Now it’s Harry’s uncle, Prince Andrew, once again in the withering spotlight – and it’s not looking good.

In what appears to be a first for a senior royal, the Duke of York – second son of Queen Elizabeth II, ninth in line to the throne – has been sued in federal court in New York and accused of sex crimes, including being a knowing beneficiary of the alleged sex-trafficking of a teen girl by Andrew’s former friend, the late convicted sex offender Jeffrey Epstein.

As far as his already tattered public image is concerned, the damage to Andrew is irreparable, and his legal team’s strategy has been puzzling silence.

But that’s probably the right course because his legal predicament might not be as dire as it looks owing to the intricacies of international law, says Mark Stephens, a specialist in international law with the prominent London firm Howard Kennedy.

“There’s no good outcome to this for Prince Andrew” in terms of his reputation, Stephens told USA TODAY. “The best option for him is to not make anything worse. (His lawyers) know this and he is being advised that the legal process is bristling with complexities” that could at least delay the case for years or even provide the prince with a legal escape route.

Virginia Roberts Giuffre, now 38, accuses Andrew of sexually abusing her at Epstein’s mansion in Manhattan in 2001 when she was 17, asserting it was an encounter arranged by Epstein for his royal pal and that Andrew knew it. Andrew has repeatedly denied her accusations, beginning in 2015.

At the moment, lawyers say, Andrew is already seen as guilty in the court of public opinion, of poor judgment at best and sex crimes at worst.

It’s “game over” for what’s left of Andrew’s reputation, declares Amber Melville-Brown, a British lawyer and partner in the media-and-reputation team at the international law firm Withers.

British royals generally abhor appearing in court (let alone to answer for sex-crime allegations). That’s been the case ever since Queen Victoria’s son Bertie, later Edward VII, appeared as a witness in two court cases (a divorce case and a slander case) in the late 19th century, which was utterly shocking to Victorian Britain at the time.

For more than five years, Andrew, 61, has vehemently denied all the accusations, and Buckingham Palace has backed him up in emphatic statements. Neither has yet responded specifically to the lawsuit.

But the suit has placed Andrew, his family, the British government and one of its key pillars, The Crown (the real one, not the Netflix series), in a right royal muddle.

If Andrew ignores this lawsuit, he’d be risking losing by default and could be ordered by an American court to pay millions in compensatory and punitive damages. If he engages and is forced to give a deposition (and answer questions he has so far avoided), he runs the risk of opening himself up to self-incrimination and possible criminal charges.

If there is ever a civil trial and he loses, well, Katy bar the door. It would be humiliating and expensive in the extreme if American lawyer David Boies and his client, Giuffre, get their way.

“It is unprecedented in my experience, I’ve never sued a member of the royal family and other than divorce actions, I’m not aware of anyone who has,” Boies told USA TODAY.

But not so fast, says Stephens. Even if, say, Andrew loses a default judgment in an American court and is ordered to pay damages, “it can’t be enforced in the United Kingdom without there having been a contested hearing” in the American court, Stephens says, or by first obtaining a judgment in an English court.

That’s not going to happen because Andrew can’t be forced to participate in an American proceeding. He can’t be extradited because it’s a civil lawsuit, not criminal charges. As a “prince of full blood,” he could claim sovereign immunity, which could take years to resolve if challenged, Stephens says. And a civil case can’t proceed until a related criminal case  – the Epstein/Ghislaine Maxwell prosecution ongoing in New York – is resolved first, which also could take years.

Boies said his team tried to open settlement talks with Andrew’s lawyers but they would not engage. (The prince’s lawyers declined to comment to USA TODAY.) He said Giuffre, facing an Aug. 14 deadline to file her lawsuit, ran out of time to further pursue a settlement.

Giuffre has been accusing Andrew publicly, in other lawsuits and in the media, since 2015, and has been ignored or dismissed by the palace media operation – but embraced by the British tabloids who have long mocked Andrew as “Randy Andy.”

Boies argues Giuffre’s suit is based on the “bedrock principle” of the American and English justice systems, that no one is above the law, not even the queen’s alleged favorite child.

“It applies equally to everyone and wealth, position, title, family connections – none of that insulates someone from being required to answer in court for allegations,” Boies says. “And part of this is sending a message that you can’t, simply by stonewalling and hiding behind castle walls, avoid being held to account for these (accusations).”

But Stephens argues that international law makes it possible for Andrew to do just that. “His lawyers know what they’re doing and they’re not having him cooperate in either civil or criminal proceedings,” while accepting the reputational damage, Stephens says. “He will not be coming to the U.S. anytime soon, and he is protected by those high castle walls.”

Melville-Brown says formal legal proceedings can be a “hammer blow” to any vestige of Andrew’s reputation that remains. No matter what he does, the public is likely to react negatively, the lawyer told USA TODAY.

Giuffre’s legal team know this, Stephens says. “They know full well that the only way to get him to cooperate is to shame him into doing it, so they’ve been heaping public opprobrium on him” for years, Stephens says.

Meanwhile, the pitiless lenses of the tabloids are once again trained on Andrew, who, with his ex-wife, Sarah, Duchess of York, were spotted by paparazzi arriving Tuesday at Balmoral, the queen’s Scottish estate where she spends six weeks every summer and hosts multiple members of her family.

“That’s why he’s at Balmoral having crisis talks with the queen,” Stephens says. “His actions reflect on the rest of the monarchy and at some point they have to make a decision (about what to do). That’s why (Boies and Giuffre) are trying to put as much pressure as possible on him, so that reputationally (the suit) is impossible for him to ignore.”

Since 2011, Andrew has been been shamed and scorned for his links to Epstein and Giuffre, forced in 2019 to give up his royal roles, seen only occasionally in public since, and mostly relegated to riding his horses on the grounds of his residence, Royal Lodge, close to Windsor Castle.

Two consecutive U.S. attorneys in Manhattan have publicly demanded Andrew cooperate with the FBI investigating Epstein’s alleged sex-trafficking and Andrew’s longtime friend Maxwell’s alleged involvement (for which she is awaiting trial in federal court in New York afterpleading not guilty). It never happened: Andrew says he doesn’t know anything about those matters.

He also has denied ever meeting Giuffre, despite a decades-old picture shared on the internet that shows the two together in Maxwell’s London home. “I have no recollection of ever meeting this lady, none whatsoever,” he told the BBC in an interview in 2019, which was widely condemned in the U.K.

Giuffre, now a mother of three, a former Floridian and now a resident of Australia, is one of Epstein’s many accusers. She claims Epstein and Maxwell trafficked her to Andrew three times, in New York, London and the U.S. Virgin Islands, when she was 17, which is the age of consent in New York.

“The flaw in her case is that she alleges he knew she was being trafficked but there’s zero evidence offered (in her lawsuit) that he knew,” Stephens says.

Giuffre is suing Andrew in federal court, even though she is invoking New York state laws on sexual abuse, because that’s where cases involving mixed citizenship are heard, Boies says.

Although she had reached the age of consent at the time of her alleged encounters with Andrew, Boies says she was subject to the “inherent coercion” of sex trafficking, which trumps the issue of consent. But she still has to provide evidence that Andrew knew she was trafficked, Stephens says.

In addition to sexual abuse laws, she is invoking the new Child Victims Act of New York, which extended the statute of limitations for civil suits by adults alleging sexual abuse when they were under the age of 21. That law will expire Aug. 14 so her lawsuit had to be filed by then, Boies said.

Is it really possible that this matter would go all the way to a trial in an American court?

“It’s tough to say how likely it is,” says Arick Fudali, managing lawyer at the Bloom Firm in Los Angeles, which represents eight other Epstein accusers. “Trials are rare in these types of cases but they do happen.”

At best, Boies argues, Andrew can only delay the case, not kill it. Ignoring Giuffre and her accusations is no longer an option, he says.

Thus far, Stephens counters, it may be the prince’s best option.

So what, ultimately, do Boies and Giuffre want from Andrew? A “vindication” of her credibility, an apology and an “acknowledgement of what happened,” Boies says. Does he expect him to comply?

China Accuses U.S. Of Cyberattacks; Says It Had No Role In Microsoft Hack : NPR 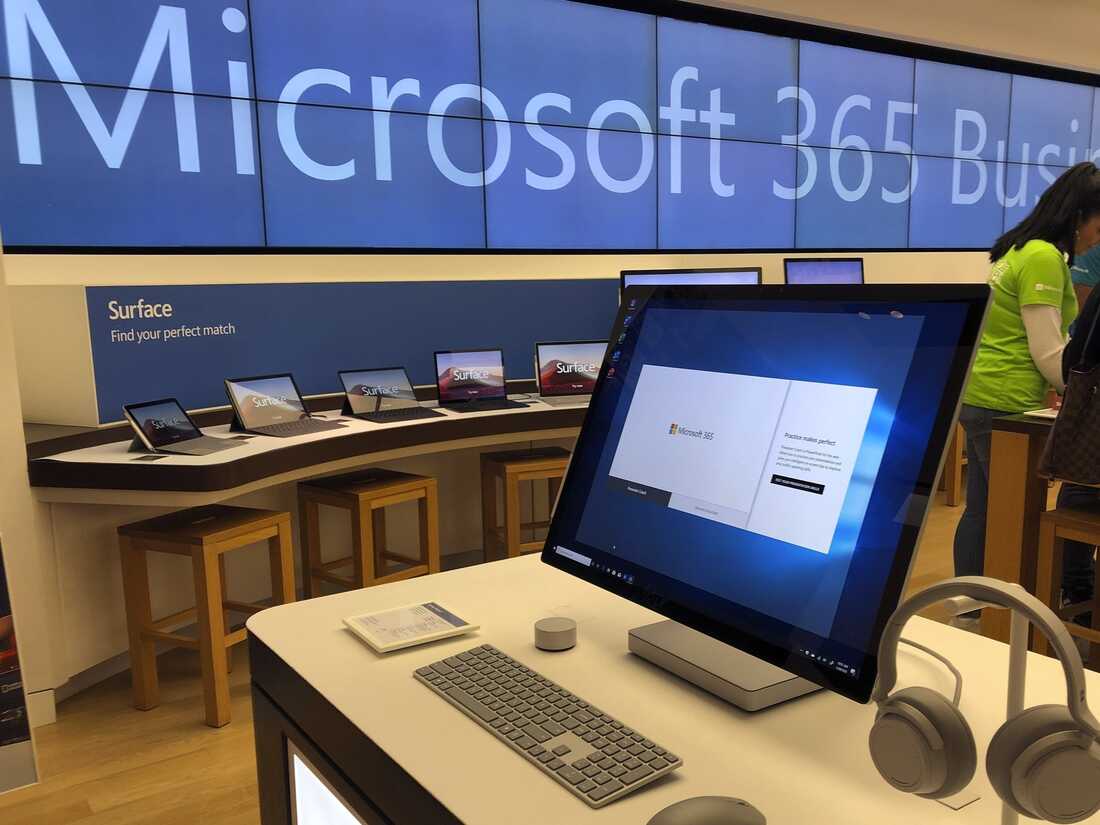