In April, Sen. Joe Manchin, a Democrat from West Virginia, signed onto the Protecting the Right to Organize (PRO) Act, a labor rights bill that’s in many ways more radical than the $15 minimum wage bill that Manchin—the Senate’s most exasperating fence-straddler—opposed. Because Manchin also opposes elimination of the legislative filibuster, this could mean little if Democrats won’t call his bluff and bring the PRO Act to the floor. That requires 60 votes, and the Democrats have only 51 (including the tie-breaking Vice President Kamala Harris).

But what if that calculus is wrong? Granted, the Democrats have nothing like 60 votes for the PRO Act, even if they pick up the odd Republican. But the threat of a filibuster can be got around through the reconciliation process, which requires only a 51-vote majority.

Bloomberg Law reported July 14 that Bernie Sanders, who chairs the Senate budget committee, shoehorned into the Senate Democrats’ pending budget deal the PRO Act’s increased monetary penalties on businesses that violate labor law. The sanctions the NLRB currently imposes on businesses are so weak that compliance today with federal labor law is very nearly voluntary. According to the Economic Policy Institute, companies get caught violating federal law in 41.5 percent of all NLRB-supervised elections; another study found that nearly 20 percent of union activists get fired during union election campaigns.

But why stop there?  With some creative cherry-picking, much more of the PRO Act could plausibly be inserted into a budget reconciliation bill. The result would be the most significant legislative advance in support of union organizing since Franklin Roosevelt was president—in large part because the filibuster has blocked every progressive labor reform proposal since the 1930s.

The rules for budget reconciliation—see here, here and here—are arcane and almost theological in distinguishing between what can be included as a budgetary item and what can’t. The core rule is that a given item must raise revenue or adjust government spending in ways that are not “incidental” to the legislation. The word “incidental” is susceptible to endless hair-splitting by the Senate parliamentarian.

As a consequence of the revenue/spending proviso, certain PRO Act provisions wouldn’t get the green light. For example, the bill allows a workplace to unionize in certain circumstance through “card check,” an informal process in which the union collects employee-signed union authorization cards. A separate part of the bill allows a union’s first contract to be approved by an outside arbitrator if union-management negotiations break down. Neither of these provisions could likely be included in a reconciliation bill if introduced in their current form.

But a little creative rewriting could be applied to emphasize the budgetary impacts of such provisions, and other parts of the PRO Act wouldn’t need rewriting at all to be included in a reconciliation bill. Here are some examples of what I have in mind:

Election and arbitration rules for federal contractors.  Requiring all employers to recognize card check would have no discernable budget impact. But what if the requirement were imposed only on federal contractors? That could be considered a “labor peace” provision to avoid costly disruption in the delivery of federal goods and services. The same goes for a separate provision in the PRO Act that sets a deadline for management either to strike an agreement on its first contract with a newly installed union or refer the matter to arbitration. Presidents have regularly acted in the name of “industrial peace … to promote economy and efficiency in Government procurement, ” and the Supreme Court has ruled specifically that governments have a budgetary interest in maintaining labor peace among contractors.

If Congress were to require federal contractors to recognize card check and move swiftly to arbitration after deadlock on a first contract, the economic impact could be huge. Remember that Biden is right now pouring billions into economic recovery from the COVID-19 pandemic, and hopes to do the same with infrastructure. This work will be carried out largely by federal contractors. If they were required to abide by these labor provisions, that might cover a large enough swath of the economy to kickstart new organizing in a range of industry sectors.

Compensation to employees who get punished for union activity: The parliamentarian decided this past winter that an hourly minimum wage hike to $15 could not be included in a reconciliation bill. (That wasn’t the only reason Manchin voted against it; he also thought $15 was too high.) The minimum-wage ruling makes it tricky to include in a reconciliation bill the PRO Act’s increase in penalties paid to employees who are retaliated against for union activity.

But what if the federal government took a cut of the fines? That would affect revenues.

An alternative would be to reframe this provision to give employees an opportunity to play whistleblower to the NLRB, or to sue employers on behalf of the government for violations of the National Labor Relations Act, collecting a percentage of any new civil penalties assessed.  So called qui tam provisions are used broadly against contractor fraud under the federal False Claims Act, and are documented to improve enforcement and increase federal revenues; they’ve helped recover $40 billion since 2009. If giving employees such bounties helps fatten the U.S. Treasury, that justifies its inclusion in a reconciliation bill. This approach has the additional benefit that fired undocumented workers could likely receive qui tam compensation if denied economic relief under current NLRA rules (something the PRO Act also seeks to address).

Reduced management control of workplace speech:  The Pro Act would ban “captive audience” meetings that employers require workers to attend. This provision wouldn’t likely get past reconciliation rules (and besides, it would likely face a potential First Amendment challenge). But Congress could address the problem by giving union organizers access to employer non-workspaces such as break rooms and employee parking lots to counterbalance management propaganda.

The Supreme Court recently struck down as a “takings clause” violation a California state regulation that gave unions access to farmworkers on the growers’ land. But that ruling could be turned on its head under reconciliation. Congress could avoid a “takings” violation by exercising the government’s power of eminent domain to purchase land easements on behalf of union organizers. The Fifth Amendment’s takings clause doesn’t bar this practice; it merely requires “just compensation.” Property purchases are routine budgetary actions by the government. The purchase of land easements could be funded with newly assessed civil penalties against employers, ensuring that the program didn’t create deficits that risked triggering other restrictions under reconciliation.

Support striking workers.  Another item not included in the PRO Act that could be added to a reconciliation-friendly package would strengthen financial support for striking workers. Striking workers could be made eligible to receive unemployment compensation, and outside contributions to union strike funds could be made tax deductible. There’s compelling research indicating that the availability of government support like unemployment insurance during strikes would greatly increase union power.

Fines to deter illegal anti-union activities.  Toughening weak existing penalties for anti-labor actions is the most dramatic change that most obviously could be achieved under reconciliation. That’s why the Democrats put it into their budget deal.

The PRO Act adds what amounts to a $100,000 civil penalty for any illegal discharge or other serious economic harm to an employee.  If such penalties had been in place during the past 10 years, they would have raised as much as $1.8 billion in revenue (per EPI numbers). No one can deny that’s more than an “incidental” impact on the budget, in line with additional fines folded into past reconciliation bills (see here and here) for violations of the Federal Communications Act, ERISA retirement rules, health care laws, tobacco regulations, and tax laws. The PRO Act imposes civil penalties of $10,000 per violation on employers who defy NLRB orders, making each day’s refusal to obey a separate violation. That adds up quickly.

To ensure that enforcement really happens, funding for the NLRB should be increased significantly to reverse the effect of budget cuts over the years, including a 10 percent cutback in staff during the Trump years. Under current rules, the NLRB must petition a court to enforce its own orders on employers, increasing the cost of doing so in staff time and legal fees.  A provision in the PRO Act allowing a board order to take effect unless a circuit court blocks it might also pass muster for reconciliation.

Playing such games to transform labor reforms into reconciliation-friendly “budgetary” options may strike you as ridiculous. But it’s much less ridiculous than the present reality that you need 60 votes to get legislation of any consequence through the U.S. Senate. The filibuster is half-dead already, having been disallowed not only for reconciliation bills but also for executive and judicial-branch nominations (a change enacted by Democrats), including for the Supreme Court (a change enacted by Republicans). The legislative filibuster won’t likely hang on much longer. But during this dreary interregnum when Manchin and a few other Democratic senators are able to delay its inevitable elimination, the filibuster is a reality we have to deal with.

The best way to do that is to make creative use of the budget reconciliation process. In using it to enact sweeping labor law reform, we would not only achieve what Congress has struggled to do since passage 73 years ago (over President Harry Truman’s veto) of the anti-union Taft-Hartley Act, but also chip away at an anti-majoritarian procedure that has been used for more than a century to suppress basic human rights for African Americans and others. What’s good for the American workers would also, in this instance, be good for the larger cause of human freedom.

Editor’s note. This article has been updated to include Bloomberg Law’s report on budget negotiations.

Sun Aug 1 , 2021
Health care worker holds a syringe and vial of vaccine.(KKTV) NEW ORLEANS (WVUE) – President Joe Biden announced his administration is requiring civilian federal government workers and some federal contractors to prove they are fully vaccinated against COVID-19 or be subject to universal masking, get tested weekly and physically distance […] 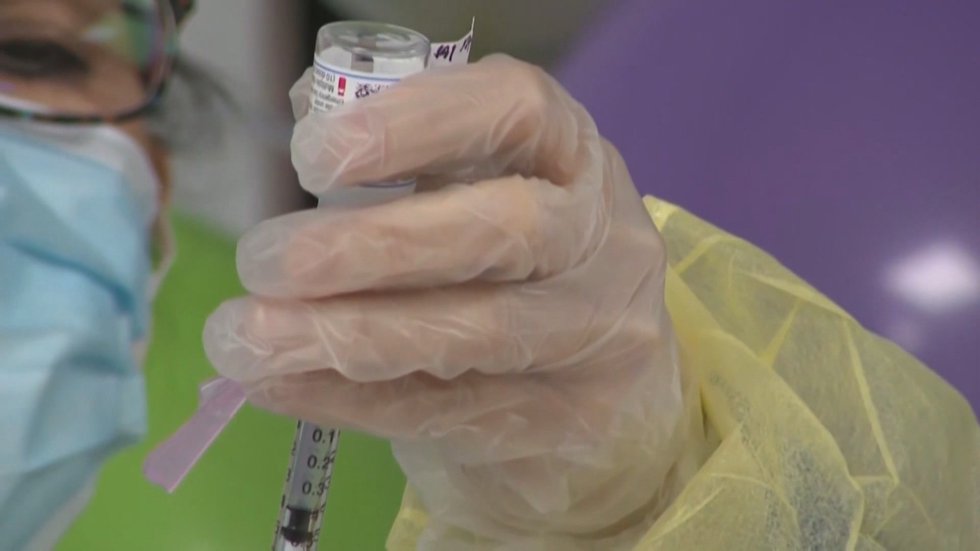