A federal judge has refused to toss out a legal challenge to a controversial new law that creates a host of crimes and enhances existing penalties for protests that turn violent or block traffic, a priority of Gov. Ron DeSantis during this year’s legislative session.

Chief U.S. District Judge Mark Walker on Monday allowed the lawsuit filed by a coalition of groups including the Dream Defenders to proceed, leaving DeSantis and three sheriffs as defendants but dismissing Attorney General Ashley Moody from the case.

Walker’s 72-page order came after Moody, DeSantis and the sheriffs — Walt McNeil of Leon County, Mike Williams of Jacksonville and Gregory Tony of Broward County — asked that the lawsuit be dismissed. The defendants argued, among other things, that the plaintiffs lacked standing and the legal issues weren’t “ripe” enough to be considered by the court.

Attorneys for the plaintiffs last month asked Walker for a preliminary injunction to block central provisions of the measure (HB 1), which includes a wide range of steps that supporters said are needed to crack down on violence and property damage related to protests.

The groups challenging the law argued that a definition of “riot” in the measure is vague and overbroad and may criminalize “merely being present at a demonstration where violence or property destruction occurs.” Also, they argued the law gives police too much enforcement discretion and violates First Amendment rights.

Walker’s order allowed the challenge to proceed on four sections of the law. Those provisions create the new riot definition; make it a noncriminal traffic infraction to obstruct public streets; establish a new crime of “cyberintimidation by publication,” which could be used to prohibit sharing contact information of government officials; and require people arrested for the misdemeanor offense of “unlawful assemblies” to be held without bail until their first appearances in court.

Because the provisions “arguably sweep up peaceful protests or other protected speech” and have forced plaintiffs “to divert resources to respond to these sections” of the law, the groups have standing to challenge those sections, Walker found.

The part of the law creating the new riot definition, which is the focus of the lawsuit, is “perhaps the most pernicious,” Walker wrote.

“This is because it arguably criminalizes mere presence at a protest where violence occurs — even if that violence is caused by counter protesters,” he wrote.

Also in rejecting the arguments that the plaintiffs lack standing, Walker ruled that the legal challenge is “germane to plaintiffs, whose core purpose is to organize and participate in support of racial justice.” Plaintiffs include Miami-based Dream Defenders, Black Collective Inc., Chainless Change Inc., Black Lives Matter Alliance Broward, the Florida State Conference of the NAACP and the Northside Coalition of Jacksonville Inc.

In addition, Walker brushed off DeSantis’ arguments that the governor should be dismissed from the case because he is not a “proper party.” In a June 2 motion, DeSantis said the lawsuit is based on “unfounded, misleading, and conclusory allegations of constitutional violations.”

The law, dubbed the “Combating Public Disorder” act by the Republican-controlled Legislature, “does none of the things plaintiffs allege,” DeSantis’ motion said.

But Walker found that, because the governor has enforcement authority over two provisions in the law, he should remain as a defendant. Those provisions create the definition of a riot and deal with the prohibition against bail.

Florida law “specifically gives the governor the power to order sheriffs to suppress riots and unlawful assemblies and to take direct command of the Florida Highway Patrol to do the same. Governor DeSantis has not hesitated to use this power,” Walker wrote.

The governor also has the power to order sheriffs to enforce the parts of the law dealing with riots and with denying bail “and to suspend sheriffs who decline to obey his directives,” Walker wrote, adding that DeSantis “has not been timid about exercising his removal powers.”

The law was one of the most contentious issues of this year’s legislative session, which ended April 30. DeSantis rolled out a framework for the plan after widespread protests last summer that were sparked, at least in part, by the May murder of George Floyd by a Minneapolis police officer.

The law also includes a provision aimed at preventing local governments from reducing police spending. Under that section of the law, members of city commissions or state attorneys may appeal municipal decisions that reduce funding for law enforcement. Such appeals would be filed with the governor’s office, which would hold a hearing and make findings and recommendations to the state Administration Commission, comprised of the governor and Cabinet.

Plaintiffs argued that the appeal process would result in “self-censorship” and “frustration” of their missions to advocate for diverting funding from police departments.

But the chief judge rejected the arguments, saying the groups “are just as able to fulfill their purpose, i.e. advocate after (the section of the law) went into effect as they were beforehand. In short, though it may be more difficult for plaintiffs to have their preferred policies implemented at the municipal level, this does not frustrate their purpose — to advocate for those policies.”

Walker, an often-acerbic jurist, also swiped at the sheriffs, writing that some “appear confused as to why they have been hauled into court in the first place.”

“The fact of the matter is the defendant sheriffs are responsible for, among other things, maintaining the peace, arresting those who disturb the peace, and suppressing ‘riots’ and ‘unlawful assemblies.’ Their enforcement authority in this respect causes the self-censorship and diversion of resources based on plaintiffs’ well-founded fears that the challenged provisions will be enforced against them,” he said.

And Walker poked at Moody, who argued that her office does not have the authority to force state attorneys to prosecute violations of the law.

Moody “points out that her auspicious authority and illustrious title are merely an illusion — under Florida’s Constitution, state attorneys have discretion and independence, and the attorney general can no more superintend and direct their lunch order than their enforcement or non-enforcement of these criminal provisions,” the chief judge wrote.

Never miss a story:  Subscribe to the Tallahassee Democrat using the link at the top of the page. 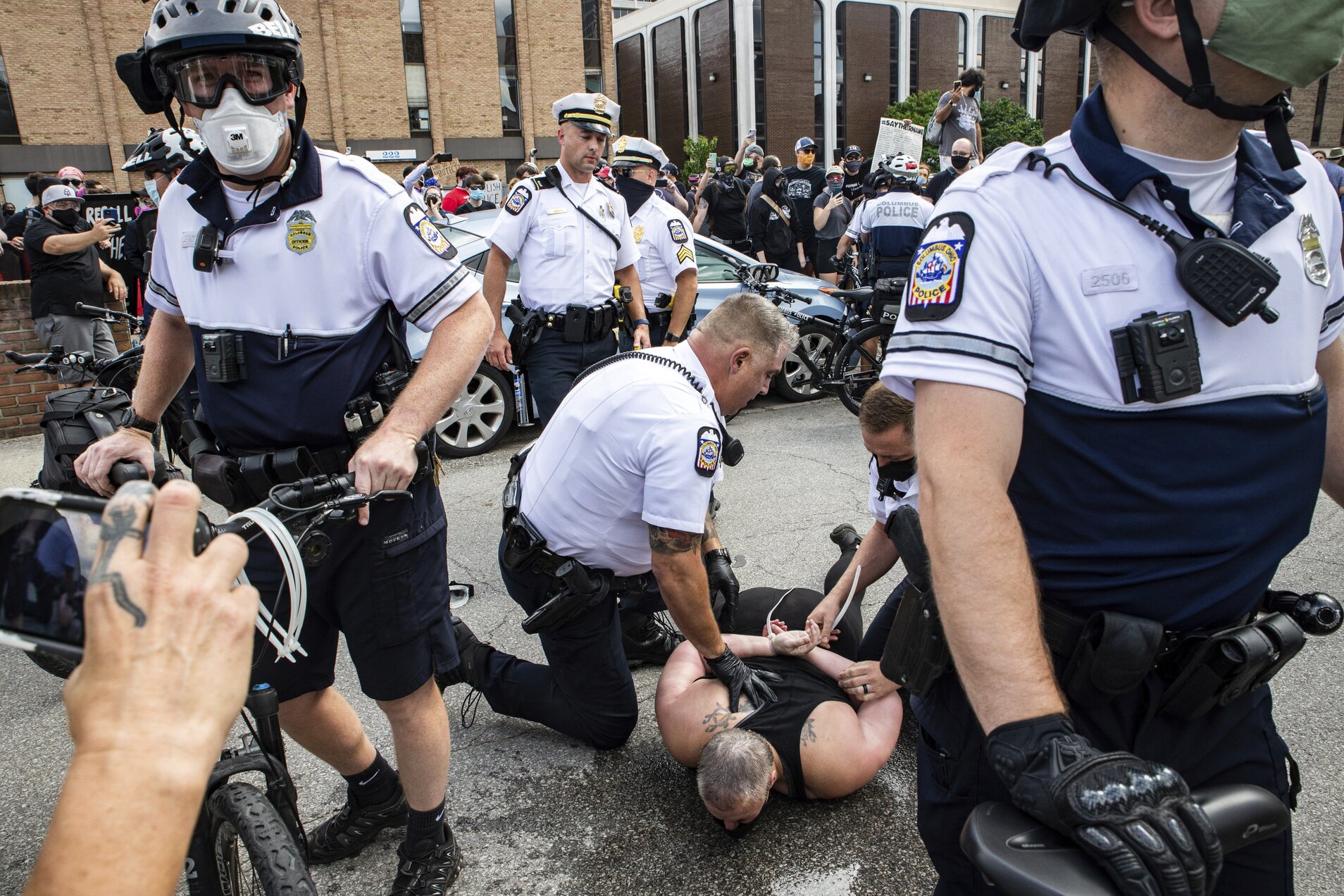