Thomas J. Weber The family of a University of Florida graduate student who died by suicide has filed a legal complaint seeking unspecified financial damages against the school for neglecting to intervene in what it said was mistreatment by a former professor. The statement of claim filed by the family of Huixiang […]

The family of a University of Florida graduate student who died by suicide has filed a legal complaint seeking unspecified financial damages against the school for neglecting to intervene in what it said was mistreatment by a former professor.

The statement of claim filed by the family of Huixiang Chen with the Florida Department of Financial Services is a legal maneuver that is a precursor to a civil lawsuit against a state government agency. Chen, 30, hanged himself in a university lab in June 2019 and left behind notes accusing his tenured professor in the Department of Electrical and Computer Engineering, Tao Li, 49, of abusive behavior and academic misconduct.

The claim said Li “engaged in a pattern of emotional abuse, harassment, intimidation, threats and deceit” involving Chen and his studies, and said without citing evidence that the university had “notice and knowledge” of Li’s conduct and Chen’s “imminent threat of suicide.”

It sought unspecified payment for damages and attorney’s fees. It said the university and at least one other individual it did not identify — presumably Li — were liable in Chen’s death, and described a troubled relationship between Chen and Li.

A university spokesperson, Steve Orlando, declined to comment on the pending litigation.

Former UF professor divorced his wife after 19 years of marriage

Meanwhile, Li divorced his wife, Lan Luo, in Gainesville after 19 years of marriage with two children. He agreed to give her nearly all the couple’s assets, according to court records: She received about $3 million in property, a new Tesla and bank accounts – including five homes and $5,034 in monthly child support – and Li agreed to take $1,000 and a used Subaru.

Li, who said he earned $203,419 last year from the university, was not represented by a lawyer in his divorce, according to court records. Luo said in court records she was unemployed and had no income last year.

Florida operates under the laws of “equitable distribution,” meaning that during a divorce assets and debts between spouses are generally divided equitably and fairly. “I do raise an eyebrow at a spouse who says, ‘take virtually 100% of a multi-million dollar estate,’” said Kira Willig, a civil and family law attorney and adjunct professor at the University of Miami’s School of Law.

It’s not clear where Li might be living now, or whether he has returned to China. A reporter visited all five of the former couple’s properties looking for him, and Li did not respond to questions about his whereabouts. The divorce case alluded to a “long-distance parenting plan” for Li that was not included as part of the court records.

Li resigned under pressure in May amid university investigations in the case. Reached by email, Li would not answer specific questions but provided a 26-page statement about the case.

Li said that Chen had opportunities to complain about any alleged mistreatment, that Chen could have withdrawn his problematic scientific paper at any point without interference from Li, that Li wasn’t responsible for Chen’s suicide and that Chen’s friends should have sought help for Chen’s deteriorating emotional state.

Two of Chen’s friends declined to speak on the record about Chen’s depression, saying they already have faced legal threats from Li about speaking publicly about the case. One friend was also concerned that speaking publicly could harm future academic prospects.

Li has been the subject of at least three overlapping investigations by the university since Chen’s death. Complicating any settlement by the school with Chen’s family, one investigation concluded in February there was insufficient evidence to confirm that Li had mistreated Chen. It cited another doctoral student of Li’s, for example, who said he was “just a normal professor and did not do bad things to us.”

In notes to friends, Chen had complained about being expected to run personal errands for Li unrelated to his studies. He wrote that Li asked him for trips to airports and that he was responsible for driving Li’s wife and father-in-law places. More seriously, Chen said, Li pressured him to submit false data in a research paper submitted under both their names and presented at a prestigious academic conference.

“If I ruin his reputation,” Chen wrote in a translated text, “he will kill me.”

Tension between Chen and Li had escalated days before Chen’s suicide. Witnesses, including administrative assistant Dina Quinn, overheard screaming in Mandarin and items crashing to the floor inside the professor’s office during one visit by Chen just a week before his death.

A second university investigation, which ended in April, found that Li had destroyed documents and used non-UF approved communication services. Files deleted in the months after Chen’s suicide might have been pertinent to the inquiry about how Li treated Chen, the school said. It said Li had lied about using a personal Dropbox account to share files with students and declined to restore the deleted files for the university to review.

Li submitted his resignation three days after the second investigation. Orlando, the university’s spokesperson, declined to comment on a third investigation, which is still ongoing more than two years later.

Li’s divorce settlement was finalized the day before he resigned from the university. Luo, reached at her home in Gainesville, declined to discuss the divorce or her ex-husband. She insisted on recording a reporter verbally agreeing that she would not be quoted for the record in news coverage about her husband. Luo listed the family’s home for sale at nearly $1.2 million 10 days after their divorce.

The Chen family’s lawyer, Kevin E. Morgan of Orlando, filed the claim June 1 with no public announcement, and a copy was recently obtained under Florida’s public records law. The university has not yet formally responded – either disputing the claim or offering a settlement, according to requests for further records in the matter. Morgan declined to discuss the case.

Deadline for wrongful death lawsuit was earlier this summer

A civil lawsuit for wrongful death must be filed in Florida within two years, a deadline that would have passed in Chen’s case earlier this summer. Other civil claims, such as a personal injury lawsuit, can be filed until four years later. The university confirmed it has not extended the statute of limitations to offer more time for the parties to reach a settlement.

The disclosure of the legal claim against UF occurred as a prominent research organization, the Association for Computing Machinery, announced it had revoked Li’s membership. In a blistering statement earlier this month, the group cited Li’s “repeated violations” of its ethics rules and said Li had “willfully violated scientific research integrity standards.” It said Li “coerced Chen to publish the paper after Chen raised concerns that the work contained incorrect or falsified results.”

The group also said Li “knowingly and intentionally proposed obvious false theories” to thwart its investigation into his actions.

Willig, the family law expert, said the couple’s financially lopsided divorce settlement was unusual. She said Li may have felt guilty about ending the marriage and wanted his wife and children financially stable, or attempted to shield the family’s assets from impending legal action by giving them to his ex-wife.

“Even though there is a presumption to divide the marital estate equally, spouses can agree to do something differently if they feel it is equitable,” she said. “The court will not interfere or object to how a couple agrees to divide their property.”

The law firm that represented Luo, Meadors Family Law, declined to discuss their divorce. Michael Meadors, the lawyer who oversaw the couple’s divorce, declined to talk about the case through his criminal defense lawyer, Tim Pribisco of St. Augustine. Meadors himself was released from jail and is facing trial on felony charges in St. Johns County of sexually assaulting an 8-year-old girl after he was arrested last month.

There is help for those in emotional distress, contemplating self harm. Call the National Suicide Prevention Lifeline at 800-273-8255.

This story was produced by Fresh Take Florida, a news service of the University of Florida College of Journalism and Communications.

The definition of ecocide | Feature

Tue Aug 17 , 2021
The climate crisis, a problem that once took the form of abstract temperature charts and projections, is now a dizzying parade of broken meteorological records and natural disasters. It therefore seemed like apt timing when, in June, the Stop Ecocide Foundation’s (SEF) expert drafting panel released its definition of the […] 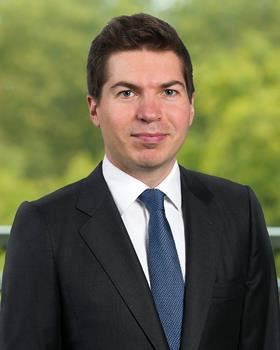