A recent hunger strike by a French national near Tokyo’s National Stadium has rekindled controversy over Japan’s post-divorce parental authority system, drawing attention to his claim that his children have been “abducted” by his estranged Japanese wife.

The story of Vincent Fichot, a long-term resident in Japan who says he hasn’t been able to see his two children since his wife abruptly disappeared with them nearly three years ago, raises specific issues about Japan’s parental authority system, but his strike has also brought attention to wider concerns too. And in a country where only one parent maintains their shinken (parental authority) in the event of divorce, this has resonated with many.

The system of sole parental authority has been hotly debated over the years, with its detractors blaming it for essentially endorsing what they call parental child abduction. Supporters of the current system, meanwhile, resist the idea of joint parental authority on the grounds that it could exacerbate domestic violence.

Confusions over terminology have also led to Japan often being labeled as a “country of sole custody,” a description some experts reject.

In Japan, it’s almost always the mothers who retain parental authority after divorce. Forfeiting that authority doesn’t mean being automatically stripped of a legal relationship with a child, but those with the right usually become resident parents and assume primary responsibility for the upbringing of a child as their legal representative.

Those in favor of introducing joint parental authority say it’s in the best interest of children that they maintain a sustained, ongoing relationship with both parents, claiming that depriving a child of such a relationship with a parent is a form of abuse.

They also claim the system of sole parental authority often results in one parent being denied access to children and therefore fading away from their lives. Such is the fear of losing ties that some parents are said to go to extreme lengths to try to win parental authority from the other.

They may, for example, abscond with their children to establish their de facto status as the resident parent, exaggerating or fabricating claims of domestic violence to discredit the other parent’s suitability — all to assert their superiority as a parent. Allowing for joint parental authority would remove the need for parents to resort to these extreme actions, critics of the current system say.

Meanwhile, those against the implementation of a joint system say that if both parents retain authority over children even after the breakup of their marriage, their decision-making regarding their upbringing will become fraught and take time, potentially putting children in a position where their loyalty is split.

There is also concern among victims of domestic violence that they would be forced to continue relationships with their abusers under a joint parental authority system, such as through regular visitation.

This is particularly of concern in Japan, where, experts say, measures against child abuse, domestic violence and stalking are still weak and encumbered by bureaucratic inefficiency.

Critics of joint authority say that countries such as Australia and the U.S. have learned the hard way about the cost of promoting joint child custody and shared parental responsibility, after conflict between some parents worsened under such frameworks. There have been cases, too, where children left in the care of abusive or vengeful partners during visitation were tragically killed.

In 2019, the United Nations Committee on the Rights of the Child issued recommendations that Japan revise legislation to “allow for shared custody of children,” including for foreign parents, and “ensure that the right of the child to maintain personal relations and direct contact with his or her non-resident parent can be exercised on a regular basis.”

But while Article 819 of the Civil Code stipulates that only one parent can be designated as the holder of parental authority, Japan does not rule out the possibility of shared custody either, according to Tomiyuki Ogawa, a professor of family law studies at Osaka University of Economics and Law.

Shinken consists of the right to serve as the legal representative of children, as well as the right to exercise custody, or kangoken, of them.

It could happen that one parent becomes the holder of parental authority but chooses to forego the right to custody. Additionally, even parents without either of these still have room to get involved in child-rearing, per Article 766, under which divorcing parents can come to an agreement on terms related to the custody of their children, such as visitation and child support.

“This is actually not so different from how things work in Western countries where, as a condition of joint custody, one parent is designated as a ‘resident parent’ who both serves as the child’s legal representative and assumes primary responsibility for their custody, while the other parent, as a ‘nonresident parent,’ still gets to be involved in the custody of the child,” Ogawa said.

Whether this semblance of a joint custody system works for every divorce case is a different story.

While some parents break up amicably enough to sort through custody terms in a level-headed manner and agree to share parenting, others are so antagonistic toward each other that any chance of a calm sit-down has been dashed, experts say.

“Just because you don’t have parental authority doesn’t mean you can’t get involved in child-rearing at all — there are couples that, under Article 766, talk about how to divvy up child support and sort out other details on child custody,” an official from the Civil Affairs Bureau of the Justice Ministry said. “But we realize there are also couples who are not in a state to do this.”

Recognizing the problem, the Justice Ministry launched a panel in March to discuss ongoing issues over post-divorce parenting, including whether to allow for joint parental authority and how to ensure the payment of child support.

‘Serious flaw in the system’

One aspect of the current situation that is under heavy scrutiny by the panel is how casually Japanese couples, including those with children, can terminate their marriages by agreement, often without the involvement of third-party professionals such as lawyers and social workers.

In Japan, nearly 90% of marriages are ended by agreement, meaning all couples have to do is sign divorce papers — where they indicate which one of them will retain parental authority — and file them at their municipal office. Under such a framework, couples may part ways without fully recognizing the importance of deciding on terms related to the upbringing of children, which is said to contribute to low rates of child support payments and visitation.

According to a quinquennial probe by the welfare ministry into single-parent households in Japan, only 24.3% of the single mothers polled in 2016 said they still received child support from their former husbands, while 56.0% who said they had never received any.

“This system of ‘divorcing by agreement’ allows married couples to break up entirely on their own, and takes a completely hands-off approach to the interests of children,” Ogawa said, calling it a “serious flaw” in Japan’s legal system. There are countries such as South Korea and Australia that do allow for divorce by agreement, but even so, they still ensure family courts, social workers or lawyers weigh in if there are children involved, the professor said.

“It is imperative that a support system be initiated for (third-party professionals) to be involved at an early stage to work out issues that couples can’t solve among themselves, especially in matters regarding their children,” Ogawa said.

“There are lots of conflicts we see today that originate not so much from the sole parent authority system as from this lack of early-stage involvement by professionals.”

How did Japan’s sole parental authority system come about?

The system of sole parental authority is, in a sense, a holdover from Japan’s prewar patriarchy, when only fathers were made the holders of that right following divorce, under the logic that children belonged to the male parent.

Out went this patriarchal system after the war, and in came the principle of equality between fathers and mothers under the new Civil Code, but it remained unchanged that only one of them could be granted parental authority post-divorce.

This was due mainly to the belief that allowing both parents to wield power over children would risk “complicating parents’ decision-making” in child-rearing matters, according to Masayuki Tanamura, a professor of family law studies at Waseda University.

Many fathers continued to assume parental authority in the immediate years after the war. However, mothers soon became the dominant holders of this right as a “men at work, women at home” mentality prevented many fathers from bonding with their children.

Today, mothers are afforded parental authority in around 80% of all divorce cases involving children.

In the West, the fathers rights movement seeking stronger parental protections through changes to areas such as family law, child custody and child support became a social phenomenon from the 1970s onward. This led to countries such as the United States gravitating toward concepts such as joint child custody, shared parental responsibility and, more recently, shared parenting.

“While women made greater strides in society and fathers became more involved in parenting in the West, that societal shift didn’t come about in Japan until later,” Tanamura said. As a result, lobbying by fathers in Japan for their right to contact children after divorce didn’t make major headlines until the middle of the 2000s.

In recent years, the pro-contact movement has gained traction, culminating with a cross-party group of lawmakers drafting legislation seeking to “prevent parent-child relationships being severed” in 2016.

This has been countered by advocacy groups for domestic abuse victims, mostly mothers, who strongly resist the joint parental authority system and stronger visitation rights.

In a time of both misinformation and too much information, quality journalism is more crucial than ever.
By subscribing, you can help us get the story right. 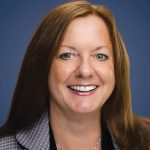