In 2018, Google shirked off its unofficial motto, “Don’t be evil.” Maybe that was a sign.

Scott Hassan, 51, who wrote much of the original code that powers the search giant, is embroiled in a nasty divorce battle that has raged for seven years and involves millions of dollars, claims of treating his children unfairly — and even a shocking online revenge campaign.

His ex wife, Allison Huynh, a senior research fellow at Stanford University’s Robotics Laboratory, claims Hassan is withholding a fortune that her attorney claims she is legally entitled to.

“In 2018, the [couple’s] estate was valued at $1.8 billion and [Hassan] wanted to give her a minuscule fraction,” Huynh’s attorney Pierce O’Donnell claimed in a statement to The Post. “His court position is that she gets nothing: Zero, zip, nada. Every settlement conference, he’s reduced his offer. I haven’t seen that in my 45-year-long career. He’s trying to pull off the ultimate dirty trick on his wife and three teenage children.”

Hassan told The Post that suggestions that he doesn’t want to give his ex and children any assets are “not accurate.”

A genius at robotics, Hassan is characterized as a high-tech Dr. Dolittle who can talk to computers. Although he was never an employee of Google, Hassan’s remarkable early contributions mean he is known as the company’s unofficial third founder, along with Sergey Brin and Larry Page. Before he and Huynh wed in 2001, he obtained the right to cheaply purchase shares in the company, which, today, would be worth billions of dollars.

But as divorce settlement proceedings are scheduled to start Monday in San Jose, Calif., Hassan is embroiled in a much less prestigious online endeavor.

After being accused by his ex, he has admitted to launching the site AllisonHuynh.com earlier this year, seeding it with links to positive articles written about his ex — but also links to court documents from three embarrassing lawsuits that involve her.

“Scott was trying to bully me into dropping my [fight for assets] and accepting a pittance,” Huynh told The Post.

Asked if he put up the site, Hassan admitted to The Post: “I did, but I have taken it down. It came together in a moment of frustration, when I felt Allison and her attorney were telling one-sided stories to the press. I thought aggregating publicly available information without commenting or editorializing would help … It only ended up making our dispute more public and tense, which was never what I intended.”

Within the documents posted are sexual allegations related to Huynh’s wrongful termination suit against her former employer Samuel Ockman and Penguin Computing in 2000. They claim that Huynh threatened to “kill [Ockman] and then herself” if he ever left her and “kept track of when Ockman was out with a new girlfriend,” according to the cross complaint filed by Ockman and his attorney in response to Huynh’s suit.

(The case, according to a recent filing from O’Donnell, was “settled in Allison’s favor.” Ockman refused to comment.)

Huynh found out about allisonhuynh.com on August 5. “It was basically intended to shame and scare me by impersonating me and trying to turn the world against me,” she said. “I was distraught.”

She immediately suspected her ex-husband of being behind the site. O’Donnell hired forensics pros to figure it out. According to Huynh, they failed and she took matters into her own hands.

“I stayed up all night and discovered a back door that Scott inadvertently did not close. I was able to determine that the Google Drive site [which contained the lawsuit documents] was registered by Scott Wendell — Scott’s middle name. The email contact had ‘Hassan’ in it,” she told The Post. “So the genius of Silicon Valley was exposed by his wife, using her technical knowledge. Poetic justice?”

When the couple met in 2000, Hassan was already a rock-star programmer — famous for having helped build the search engine that billions of people use every day.

“Without Scott, there would be no Google,” Adam Fisher, author of “Valley of Genius,” told The Post. “He was at Stanford and employed to write code for people who were big thinkers. He got to know Sergey and Larry, rewrote their code and convinced them that this was a product. They sold him founders’ stock. That worked out pretty well.”

According to court documents, for his coding — which Hassan told The Post, “we wrote in three months” — he was given the opportunity to buy 160,000 shares of not-yet valuable Google stock for $800.

He and Huynh, who both went to Stanford, were introduced by mutual friends in Silicon Valley. He came from a military family and grew up on Air Force bases around the world; she was a high-achieving Vietnamese immigrant who attended the university on a scholarship.

“Scott was super intelligent and paid a lot of attention to me,” she recalled. “We shared a lot of interests and he treated me as an equal.”

Hassan remembered a courtship of “hiking, sailing and going to see musicals.”

They were staying at his grandmother’s Canasteo, NY, cabin, in 2002 when things got serious. “We were hiking and he proposed to me,” said Huynh. “I asked if he was sure. He asked why I would ask. I said I was an independent-minded individual who believed in equality and fairness. He said that was why he loved me. I then said, ‘Yes.’”

For all of Hassan’s success and smarts, Huynh said that things started out modestly. They wed at the Little White Chapel in Vegas after, a court document states, she paid for their engagement party. Huynh told The Post about being married to a brilliant husband with carpal tunnel syndrome — “He had been programming since he was five and was starting to burn out,” she said — and a burden of student debt.

“I helped to nurse him back to health and financially supported us early on. Scott said he was going to work and provide for our family,” Huynh said. “He assured me that we were teammates.”

According to the brief filed for Huynh, by 2003 “the Google shares had gone from 160,000 to 2.56 million through a series of stock splits.” One year later, Google’s IPO happened and Hassan’s stock was suddenly worth hundreds of millions of dollars.

According to the brief filed for Huynh, Hassan planed to use around $50 million to fund a business that would create open source technology. He launched the robotics-oriented companies Willow Garage and Suitable Technologies, which, as per a court document, generated $20 million in gross sales over the course of the marriage.

As their wealth increased, “I upgraded our family home from a three-bedroom house in San Francisco to a bigger, newer house in Palo Alto,” Hassan told The Post. A commercial building in Menlo Park was purchased. “We also got a nice weekend property in the hillsides.”

In the spring of 2005, according to the brief, Hassan sought advice from a wealth manager. After the meeting, Hassan had a surprising proposition for his wife — what O’Donnell characterizes as a post-nup. It reportedly stated that, if they were to divorce, she would receive three real estate properties and $20 million in Google stock.

“This proposal, which he called a buy-out, came from out of the blue,” Huynh said. “I was in shock. Who is this man? Does he want a divorce?”

Huynh told The Post that she gave Hassan an ultimatum: “Either me and your family. Or your money and a divorce.”

Hassan chose his family — he and Huynh have three kids, now 13, 15 and 18, of whom they share custody — and marriage. Looking back on it, Hassan said, “My goal was to make her feel financially secure. Allison interpreted it as a suggestion of wanting a divorce. She was very upset.”

Some aren’t surprised that Hassan didn’t anticipate how his news would go over.

“Scott Hassan is super nice, but he can’t figure out what others might be thinking,” an old friend of his told The Post. “He does not understand how he comes off. He is not the best at social interaction.”

After that blow-up, things went back to normal. Hassan created a company, Greenheart Investments LLC, investing large sums of money — “hundreds of millions of dollars,” as per his court brief — to back several real-estate investments and start-ups.

During the fall of 2014, there was even a romantic trip to Fiji. At the resort, Hassan professed his love for his wife in wet concrete. “He wrote permanently, ‘Scott + Alli,’ with a big heart around it,” Huynh remembered.

A month or two later, her whole world fell apart.

“Scott sent a text [to Huynh] that said, ‘I’m leaving and the marriage is over,’” attorney O’Donnell said. “He claims to have left ‘age-appropriate notes’ for their kids.”

Huynh told The Post that she “had no inkling this was coming.”

But Hassan said that he had his reasons: “The catalyst for our separation was an argument in which Allison falsely accused me of infidelity in front of our children, among other things. That crossed a line for me … It became clear that we needed to separate permanently and I communicated that to her.”

Huynh’s lawyer disputes this: “Not true,” he told The Post. “Scott abruptly left his family with no warning.”

According to O’Donnell, Hassan checked into the Four Seasons while Huynh remained at their Palo Alto home with the kids. Zillow.com lists the home’s value at $20 million.

The estranged couple can’t even agree on the date of their separation. According to a court document filed by Hassan’s attorney, he maintains that they split up on Nov. 4, 2015. Huynh claims that it was two months later. The marriage was terminated on May 18, 2020.

While Huynh acknowledges she has no claim on the Google shares, she believes that she is entitled to her share of money generated during the marriage.

Meanwhile, Hassan acknowledged during court proceedings that he had set up Greenheart, which a court filing states was valued at $1 billion in 2015, as his own company “to keep certain assets ‘completely separate’ from Allison.” She insists it is community property — which partners must, typically, divide equally under California law.

Hassan maintains “that the disputed assets are properly characterized as my separate property — this does not necessarily mean that the community, or Allison, will not be compensated,” Hassan said. “I already agreed to provide her with a significant amount of money every month.”

“She can get alimony and child support? Give me an effing break,” O’Donnell said. “The law entitles her to child and spousal support. We are talking about her rightful share of the property. The bottom line is that Scott wants them to get nothing — including the family house. Before he left, there was a trust-fund for the kids for $20 million. He reduced it to $500,000, in total, for all three kids. It doesn’t pay for college.”

“His miserly position is ludicrous,” Huynh told The Post of her ex. “I pray that a Big Tech billionaire will not get away with his attempt to cheat his children and me while he walks away with everything.”

Sat Aug 21 , 2021
A Federal Communications Commission probe into the hack of T-Mobile US Inc. is the agency’s first high-profile cyber inquiry under a Biden administration that has promised to more aggressively police companies’ security standards and privacy safeguards. The hack, which T-Mobile disclosed on Monday, hit a communications sector in which cyber […] 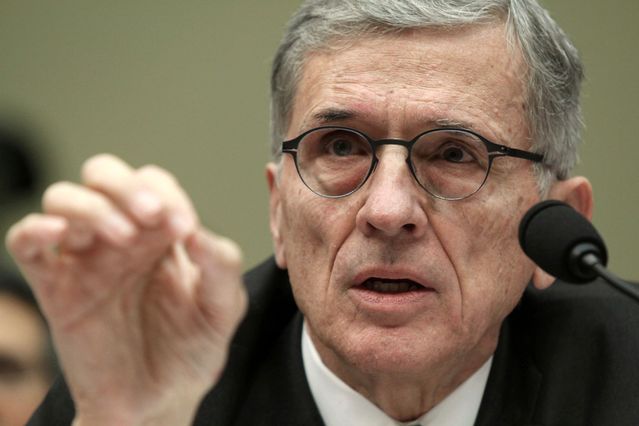