Legal experts believe the US Justice Department has made headway with an important criminal inquiry and could be homing in on top Trump lawyers who plotted to overturn Joe Biden’s election, after the department wrote to the House panel investigating the January 6 Capitol attack seeking transcripts of witness deposits and interviews.

While it’s unclear exactly what information the DoJ asked for, former prosecutors note that the 20 April request occurred at about the same time a Washington DC grand jury issued subpoenas seeking information about several Trump lawyers including Rudy Giuliani and John Eastman, plus other Trump advisers, who reportedly played roles in a fake electors scheme.

Giuliani, Trump’s former personal lawyer, worked with other lawyers and some campaign officials to spearhead a scheme to replace Biden electors with alternative Trump ones in seven states that Biden won, with an eye to blocking Congress’ certification of Biden on January 6 when a mob of Trump loyalists attacked the Capitol.

Deputy attorney general Lisa Monaco announced early this year that the justice department had begun investigating fake elector certificates at the behest of some state attorneys general including Michigan’s.

The House committee’s sprawling investigation, which has interviewed more than 1,000 people, has focused on top Trump loyalists including Eastman and Giuliani. Last month, Giuliani testified virtually for more than seven hours but reportedly asserted privilege and dodged many questions about his contacts with Trump House allies.

Ex-prosecutors also caution that while the justice department may want to obtain more evidence from the House select committee about the fake electors scheme and lawyers including Giuliani, there are other top Trump allies who sought to overturn Biden’s win, plus central figures in the Capitol attack who has drawn scrutiny from both the panel and justice, whom prosecutors may now have in their sights.

A grand jury in Washington DC, for instance, also began issuing subpoenas a few months ago seeking information about Trump allies involved in the planning and financing of the large Trump rally that preceded the Capitol attack, as the Washington Post first reported.

Further, other recent grand jury activity in Washington indicates a widening justice inquiry into top Trump allies including a subpoena last month to Peter Navarro, Trump’s former top trade adviser, for testimony and some of his written communications with Trump. Navarro has responded with a lawsuit to block the subpoena.

In addition, several months ago the House sent the justice department a criminal contempt of Congress referral about Mark Meadows, Trump’s former chief of staff, who played central roles in efforts to overturn Biden’s win, and was not fully cooperative with the panel’s requests for documents and testimony.

In replying to the justice department’s letter, the January 6 panel chair Bennie Thompson stressed that the committee’s inquiry is continuing and that “we told them that as a committee, the product was ours, and we’re not giving anyone access to the work product … we can’t give them unilateral access” and called the DoJ request “premature.”

But Thompson also told reporters last month the committee may allow some materials requested to be reviewed in the panel’s offices.

Former prosecutors say Thompson’s response, albeit mixed, seems to augur well for more cooperation in the future and pointed to several ways that the overture to the House panel could substantially benefit current inquiries.

“The DoJ request for the fruits of the House committee investigation was inevitable but is still very important,” former justice inspector general Michael Bromwich said.

“It will substantially advance the DoJ investigation into the role played by higher-level architects of the insurrection,” Bromwich added. “It will save DoJ time and resources in pushing the investigation forward. It’s very much like having a large second investigative staff that has been working in parallel rather than at cross-purposes with the criminal investigators. Because the House committee has not immunized any witnesses, the legal obstacles for using that testimony don’t exist.”

Despite Thompson’s initial guarded response, Bromwich said he expects “they will comply promptly”, adding that the panel “is probably irritated that the request didn’t come earlier, rather than at a time its members are swamped with prep for public hearings and is well into drafting its report”.

Likewise, Barbara McQuade, a former US attorney for the eastern district of Michigan, told the Guardian that outreach to obtain transcripts from the House panel could prove a boon to prosecutors.

“Obtaining the transcripts directly from the committee is a way to maximize efficiency,” said McQuade, now a professor of practice at the University of Michigan Law School. “Investigators can see what witnesses have said before and decide whether they need to be interviewed again. They can use the transcripts to eliminate witnesses who don’t have much light to shed on the matters under investigation.”

McQuade noted that months ago, “Monaco confirmed that DoJ had received evidence from state AGs about alternate slates of electors and was investigating. It appears that DoJ is now issuing subpoenas regarding this episode. They will likely ask questions about why and how this plan was carried out and who was involved. The answers to those questions will guide the investigation. One could imagine each link leading to the next and possibly all the way to Donald Trump.”

As of late May, the justice department had charged over 830 people for crimes related to their roles in the January 6 Capitol attack which followed a Trump rally where he urged a large crowd to “fight like hell.” The federal charges range from illegal entry to seditious conspiracy involving Proud Boys and Oath Keepers members, some of whom have pleaded guilty.

On another front, a CNN report in late May revealed that FBI agents had recently conducted interviews in Georgia and Michigan with individuals who initially signed up to be Trump electors but then bowed out, asking specific questions about their contacts with Trump campaign officials and others.

As DoJ has ramped up its inquiry into Trump’s fake electors, ex-prosecutors see more benefits that DoJ’s request to the House committee could produce.

“One expects that the main purpose is to check the consistency of critical accounts – which is valuable and does signal that DoJ is moving forward amid signs that it is increasing examining the conduct of Giuliani and Eastman,” ex-prosecutor Paul Rosenzweig said.

In another investigative twist, Paul Pelletier, the former acting chief of the fraud section at DoJ said: “DoJ’s public acknowledgment of their interest in the January 6 transcripts may well be only the tip of the iceberg.

“While Chairman Thompson has deferred a formal response to the government’s inquiry, they likely have been informally sharing evidence for some time as is common in these investigations.”

“The panel is sure to cooperate because they are patriots,” former federal prosecutor Dennis Aftergut told me. “They know the importance of January 6 criminal accountability. That is the DoJ’s department, not theirs,” but predicted that the committee “will cooperate on their schedule”.

Aftergut stressed that the committee has done a “bang-up job” with its wide ranging investigation, but probably wants to keep the public’s attention focused on their upcoming hearings which Democratic Representative Jamie Raskin has predicted will “blow the roof off the House”.

Sat Jul 9 , 2022
What makes a couple who’ve been married for 60 years decide to divorce? How do two people in love end up so unhappy that one threatens to kill the other’s attorney? These are the stories that Justin Lee, a Toronto-based family lawyer, sees in his office—and that he shares with […] 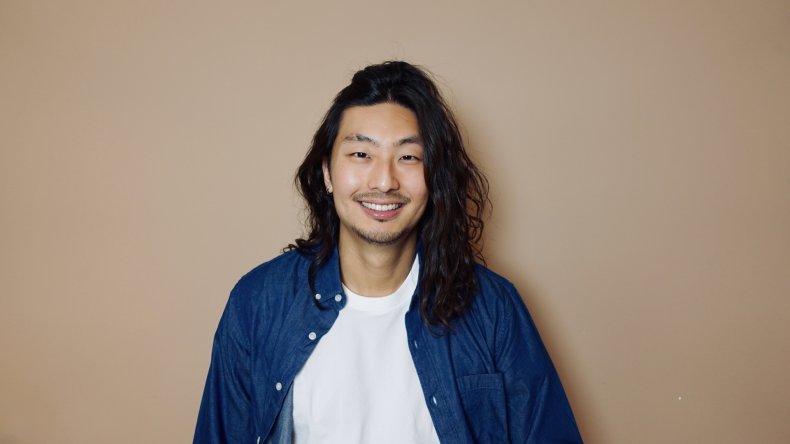