Since their verdict was announced, many have wondered what will happen if Amber Heard can’t pay Johnny Depp’s $10.35 million in damages and how much money she has now.

Depp and Heard were married from 2015 to 2016. Heard filed for divorce in May 2016 after 15 months of marriage. In her divorce filing, she also obtained a temporary restraining order against Depp, claiming that he abused her while under the influence of drugs and alcohol. Depp denied the accusations, and a $7 million settlement was reached out of court in August 2016. Heard pledged to donate the money to the ACLU and the Children’s Hospital of Los Angeles. “Our relationship was intensely passionate and at times volatile, but always bound by love. Neither party has made false accusations for financial gain. There was never any intent of physical or emotional harm,” the two aid in a joint statement at the time.

In 2018, Heard wrote an op-ed in The Washington Post about her experience with domestic abuse. While she didn’t mention Depp by name, many believed that the post was about her ex-husband. Depp sued Heard for $50 million for defamation in 2019, claiming that the op-ed cost him acting jobs, including his roles in Walt Disney Pictures’ Pirates of the Caribbean franchise and Warner Bros. Pictures’ Fantastic Beasts series. Heard, for her part, countersued Depp for $100 million. 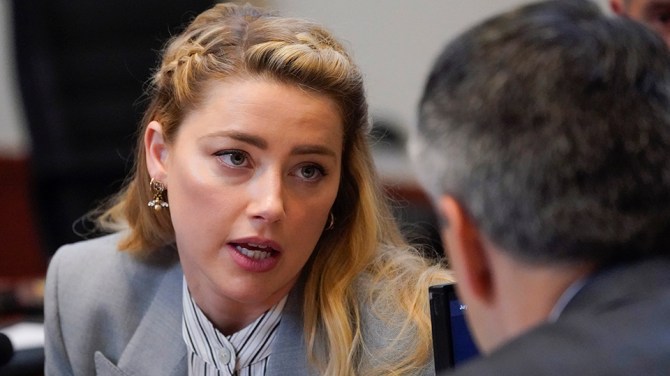 What happens if Amber Heard can’t pay Johnny Depp’s damages? Heard’s lawyer, Elaine Bredehoft, told Today on June 2, 2022, that her client can “absolutely not” afford to pay Depp the $10.35 million she owes Depp in damages. “Oh no. Absolutely not, “Bredehoft said when asked if Heard has the money to afford Depp’s damages.

A source told The New York Post at the time that Heard is “broke” due to legal fees and her past lavish spending on travel, clothes, gifts and wine. The newspaper also reported that Heard had to change legal representation during the trial and is using her homeowner’s insurance from the insurance firm The Travelers Companies to cover the cost of her current attorneys. Pamela Johnson, the vice president of The Travelers Companies, has also been seen with Heard in court in Fairfax, Virginia, multiple times since the trial started in April 2022. Heather Heidelbaugh, a Pennsylvania-based trial attorney, told The New York Post that it’s not uncommon for defendants to use homeowner’s insurance policies in defamation cases. “It’s a little oddity that most people don’t know. In most homeowner insurance policies, there is coverage if you are sued for defamation based on how much you pay through coverage, ”she said.

Virginia-based lawyer, Jeremiah Denton, explained to The New York Post that, while most insurance companies will pay for the defendant’s attorney, most policies have a clause that judgement costs—such as the $10.35 million Heard owes Depp—will not be covered. “The insurance company will keep in its back pocket the option of denying coverage at the end of the day — denying coverage means refusing to pay the plaintiff, in this case Mr. Depp,” Denton said.

He continued, “A lot of insurance policies provide coverage for defamation but they have an exclusion in, which says ‘We will not cover any intentional wrongdoing.’ In order to win a defamation case against a public figure, you have to show intentional wrongdoing. Sometimes what it requires to get the judgment kicks you out of the policy that may pay for the judgment. That’s the dilemma.”

So what happens if Amber Heard can’t pay Johnny Depp’s damages? Virginia-based appellate lawyer Steven Emmert told The New York Post that one way Depp could collect his damages would be to collect wages on her upcoming movies, Run Away With Me and In the Fire, as well as seize her home in Yucca Valley, California. Heard purchased the three-bedroom, three-bathroom home in 2019 for $570,000 under a private trust in the name of her accountant, according to The New York Post. The home is currently valued at $1 million.

“If she doesn’t have the money, then his avenue, while she’s pursuing an appeal, is to try to execute on property she owns,” Emmert said, adding that Depp could also serve her with a summons “where you summon the debtor to come to a court and his lawyer would get to ask her questions saying ‘What property do you own, what real estate do you own, what vehicles do you own, what jewelry do you own, what art collections’ — anything else that they could use to grab and sell at auction to try to pay down and pay off, ultimately, this judgment.”

Denton told The New York Post that, if Heard doesn’t pay the damages, Depp “can institute collection proceedings so he can garnish [Heard’s] pay, if she has a salary or wage-type income.” He continued, “He can attach her assets which basically means seize them. He can get to her assets, sell them and take cash.” Lawyer Brett Turnbull, a founding partner at Turnbull Holcomb & Lemoine, told The New York Post that judgements in Virginia are good for 10 years and can be extended. [Heard] could be subject to this judgment for up to 30 years. If she suddenly had a new infusion of money — that can be discovered by [Depp] and pursued,” he said.

Given that Heard is worth $8 million, according to Celebrity Net Worth, it’s possible that she may be able to immediately afford to pay Depp the total $10.35 million in damages. “Depp would have a money judgment against Amber which he could collect on by levying against most of her assets (not her home if she has homesteaded it). Whether she could declare bankruptcy for a large portion of the verdict would in large part depend on what assets and liabilities she has,” Stacy Phillips, a family law and divorce attorney and partner at Blank Rome LLP, explained to StyleCaster.

Mark Breyer, an Arizona-based trial and personal injury lawyer, explained in a TikTok prior to Heard and Depp’s verdict that Heard may have to file for bankruptcy if she cannot pay the damages she owes Depp. “You can’t get blood from a turnip,” Breyer said. “That’s the reality. We don’t have debtors prison anymore. So what’s going to happen is he [Depp] could go after all the money she had, she would probably file for bankruptcy, but certain things would be protected in bankruptcy. But the reality is that’s the problem with laws where people aren’t required to have insurance.”

Attorney Sandra Spurgeon of Spurgeon Law Group in Lexington, Kentucky, told CBS News after the verdict that it’s a serious deal if Heard can’t pay Depp the damages she owes him. “For an individual who doesn’t have the ability to pay the judgment and no ability to post the bond, then there is a real issue if the winning party intends to execute the judgment,” Spurgeon said. Spurgeon told CBS News that she predicts that Heard’s lawyers will try to appeal the verdict in hopes of a more favorable judgement and to reduce the payment. Another option is for Heard to post a bond for the $10.35 million in damages, which may not be feasible.

“The question is if she says, ‘Look, I don’t have it. It’s not there — you can look in my bank accounts,’ then we can talk about things like garnishing her wages,” said CBS News legal contributor Jessica Levinson told the site. “That’s not an unusual situation where somebody says, ‘I don’t have — I can’t fulfill this,’ and so I certainly think because she has earning potential, part of her wages could be garnished as a result.” CBS News explained that if Heard was to file for bankruptcy, that would only eliminate the $10 million in compensatory damages, but she’d still have to pay the $350,000 in punitive damages, which generally can’t be discharged in a bankruptcy. Spurgeon also noted that Depp could choose not to execute the judgement and waive the monetary damages which would free Heard from her financial obligations. “He’s in the driver’s seat right now,” she said.

If you or someone you know is experiencing domestic violence, help is available. Call the National Domestic Violence Hotline at 800-799-SAFE (7233) for confidential support.

Sat Jun 4 , 2022
Manhattan divorce attorney Juan Luciano releases a new article (https://divorcelawfirmnyc.com/) that discusses the factors to consider when getting a divorce. The lawyer mentions that getting a divorce is difficult. Going through a divorce process can be emotionally challenging and can have a profound impact on someone’s life. “Family law and […] 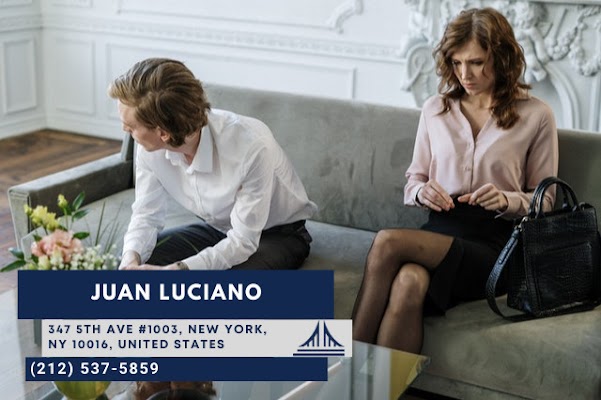