Earlier this week, the US Supreme Court held that Section 304 of the Bipartisan Campaign Reform Act of 2002 (BCRA) was unconstitutional. Senator Ted Cruz (R-TX) challenged the law as unconstitutional following his re-election in 2018. The Court held that the current legal limit ($250,000) on the amount of money a candidate’s committee can reimburse the candidate to repay a personal loan violated the First Amendment’s free speech guarantees by infringing political expression. The Court’s majority opinion emphasizes the Court’s current skepticism surrounding overly broad campaign finance restrictions.

Section 304 prohibits campaigns from remimbursing candidates more than $250,000 for personal loans made by the candidate using contributions given following the date of an election. Plaintiffs argues that the loan-repayment limit unconstitutionally infringes the First Amendment rights of Senator Cruz and his campaign, as well as anyone interested in making post-election contributions.

Chief Justice Roberts, in a 6-3 opinion, wrote that the challenged law “burdens core political speech without proper justification.” The Court heavily grounded its opinion in the First Amendment, reasoning that preventing actual corruption—or the appearance of it— via “quid pro quo” transactions is the only “permissible ground for restricting political speech.”

The Court made clear that it will not rubber stamp any future or existing campaign finance restrictions. , the Court focused on the FEC’s inability to find “a single case of quid pro quo corruption” in relation to loan-repayments. The Government must provide specific “record evidence or legislative findings” highlighting the specific problem its restrictions seek to remedy. The FEC fell short of this burden. According to the Court, the FEC failed demonstrate that “Section 304 furthers a permissible anticorruption goal, rather than the impermissible objective of simply limiting the amount of money in politics,” resulting in an unjustifiable burden on free speech.

Teen's murder trial to resume in fall despite loss of lawyer 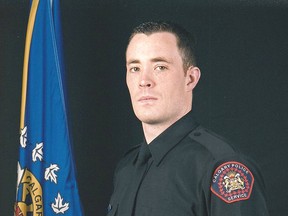