LaBruna has not reported any monetary contributions throughout his campaign and is under investigation by the Iowa Ethics Campaign Disclosure Board, the state’s election finance enforcement agency.

Another candidate, Zach Dieken, broke minor campaign finance rules. Running for Iowa House of Representatives District 5, Dieken received at least three contributions totaling at least $800 from improperly attributed sources since the start of his campaign late last year. He is not under investigation.

The LaBruna campaign’s alleged misconduct is more serious. IECDB head Zach Goodrich called it one of the worst violations he has worked with and started a formal investigation Thursday.

“This is, in my opinion, one of the more — if not, the most — egregious violation or at least an alleged violation that I’ve seen,” Goodrich said.

As the IECDB director and head lawyer, Goodrich recommended the query to the board Thursday and received the go-ahead. The following morning, Goodrich reached out to the LaBruna campaign.

LaBruna told The N’West Iowa REVIEW that he had filed the correct paperwork and added that he has not been contacted by the IECDB as of Friday morning.

“I did file. That’s my comment: I did file. I don’t why they’re saying I didn’t,” LaBruna said.

LaBruna has not reported any contributions to his campaign since officially filing his campaign Feb. 1. All Iowa campaigns which raise more than $100, including self-funding, must report the sources of funding as well as election-related spending.

LaBruna — whose campaign has yard signs, T-shirts, mailers and other promotional materials — has reported zero income in the state’s reporting system.

“There’s just a bunch of stuff that money has clearly been spent on,” Goodrich said.

The deadline to report was May 19. The documentation is supposed to include all contributions and expenditures of $25 or more from Jan. 1-May 14.

LaBruna did turn in a report on May 19 — although it is still reported $0 — but that form was for the previous reporting period of 2021, which was due months ago.

A N’West Iowa REVIEW investigation initially brought the specifics of the missing form to Goodrich’s attention Wednesday. Goodrich said he was unaware the $0 report was for 2021 and not Jan. 1-May 14 and he added it to his legal case on the LaBruna campaign.

Goodrich later said it is not the IECDB’s job to tolerate candidates who “play dumb.”

“This is, in my opinion, one of the more — if not, the most — egregious violation or at least alleged violation that I’ve seen.”

He said he wants to hear the candidate’s story although he could not conceive of a decent explanation for not disclosing any funding.

“Filing a report with nothing on it just to comply with the deadline, to me, just — I’m very curious to hear his side of it,” Goodrich said. “I cannot imagine in my mind how he would be able to sell it in a way where my response is ‘Oh, that’s totally understandable. I understand why that happened.’”

LaBruna maintains that he filed his campaign finance reports on time. He said that he has a spreadsheet of contributions that show he has raised about $13,000, which he said he has submitted.

LaBruna also said that he has not been contacted by the IECDB about his alleged violations. A state government e-mail shows Goodrich sent LaBruna an official order and short message on 9:57 am Friday.

“I’ll at least go look into this and see what’s going on, but I have not got a contact from Ethics or any of the elections about not filing,” LaBruna said.

The IECDB director said he plans to have next steps prepared before the next board meeting, set for Friday, June 3, just days before the Republican primary on Tuesday, June 7.

“We are aware that there’s the primary coming up, and even if there weren’t, we would obviously want to do things as efficiently as possible,” Goodrich said.

LaBruna has made his knowledge of the political system a cornerstone of his campaign, arguing that he would be an effective legislator because of his experience. He has worked as an aid in the Iowa Legislature and was part of former President Donald Trump’s administration.

“If you can’t be effective, you can’t make a difference in your community. It takes the knowledge of dealing with people like this,” LaBruna said on May 3.

This is not LaBruna’s first legal run-in involving his state Senate campaign. In late March, his opponent Lynn Evans filed an objection to LaBruna’s candidacy, claiming he had not lived in Iowa for the requisite one year. The bipartisan State Objection Panel dismissed the allegation and kept LaBruna on the ballot.

Goodrich said the IECDB office also had heard concerns about LaBruna’s finances around that period.

“At that time, we had one of our auditors try to reach out to him to ask ‘Hey, we’ve heard some concerns. We just want to make sure you know we’re here in case you want help,” Goodrich said.

“And we don’t always do that. But the fact that we’ve even gone that far to go out of our way to try to make sure there’s compliance with someone who is a first-time candidate, who might not have that knowledge — we’ve made ourselves very available.”

Dieken is not under investigation. However, Goodrich said the way the campaign has filed some of its contributions is likewise against Iowa campaign finance laws.

There were at least three improper donations:

“I can tell you beyond a shadow of a doubt that every donation we’ve received is grass roots, if you will, people around here we have met,” Dieken said.

As for the unknown donor, he said he remembered that incident. The $200 cash came in the mail and did not have a name on it, Dieken said. He also said his campaign reached out to the IECDB but did not receive a response.

“My honest answer to that is that this is the first time we’ve ever done anything like this before,” Dieken said.

Goodrich said these types of violations are usually remedied by campaigns returning the funds. This can be done voluntarily or the IECDB can order the process, known as escheating. According to the state government website, there have been five cheats so far in 2022.

Goodrich added that the punishment for these kinds of illegal contributions are often minor. If the violation’s dollar amount was large enough or methods malicious enough, then an investigation would be taken up by a higher level of the justice system.

“Everything we do — all the enforcement, discipline — it’s all civil and none of it’s criminal,” Goodrich said. “No one’s going to go to prison unless it rises to something that’d be outside our jurisdiction. The board doesn’t send anyone to jail.”

He also said that it is not within the IECDB’s purview to remove candidates from the ballot.

“No one’s going to go to prison unless it rises to something that’d be outside our jurisdiction. The board doesn’t send anyone to jail.”

Dieken has centered his campaign for Iowa House of Representatives District 5 on devotion to conservative orthodoxy, especially when it comes to being anti-abortion and pro-police. He also has pushed school vouchers, which would use public money to send some children to private schools.

Those stances earned Dieken the endorsement of Gov. Kim Reynolds on Wednesday.

Kendal Zylstra, who is running for Iowa House of Representatives District 4, received $1,500 from three political action groups. PACs advocate for specific policies or special interests and are regulated differently than contributions from individuals.

Political operative Jacob Hall of Sioux Center filed a complaint with the IECDB on Thursday. The filing cites state law that prohibits PAC donations while the Iowa Legislature still is in session. The session ended Wednesday. The payments were made April 21 and May 4, according to the Zylstra campaign.

The upcoming June 3 IECDB meeting will decide whether to move forward with an investigation.

Goodrich makes a recommendation, but the final decision is made by board members, a bipartisan group of governor appointees.

On Feb. 28, Tom Kuiper of rural Sibley received an IECDB admonishment for being slightly tardy in filing his campaign committee with the state. Kuiper is running for the same Iowa House seat as Dieken.

Goodrich explained that such reprimands are largely symbolic in cases such as Kuiper’s where the infraction is minor.

“They’ve always been issued to people who still comply with the law, it’s just a couple days late,” Goodrich said. “Now, if they were a year late or if they were never filed, that might be a different conversation.”

Sun Jun 12 , 2022
The U.S. State Department has announced rewards of up to $10 million for any information leading to the identification of key individuals who are part of the infamous Conti cybercrime gang. Additionally, it’s offering another $5 million for intelligence information that could help arrest or convict individuals who are conspiring […] 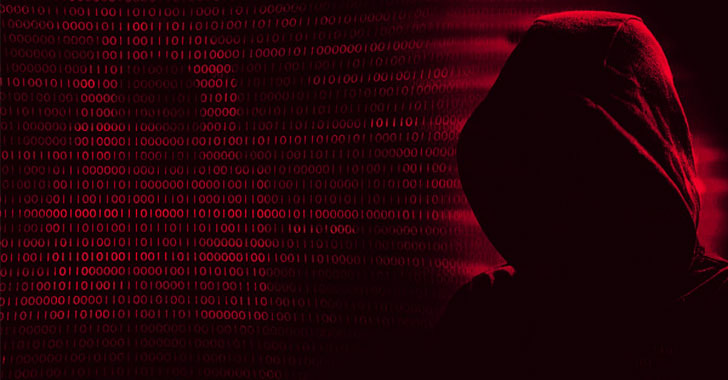