Mark Henle/Pool Photo Workers fill the floor of the Veterans Memorial Coliseum, the site of the Maricopa County ballot audit, on April 27, 2021. Groups linked to Donald Trump and conspiracy theories about the 2020 election have put more than $5.6 million into the audit run by a man who […] 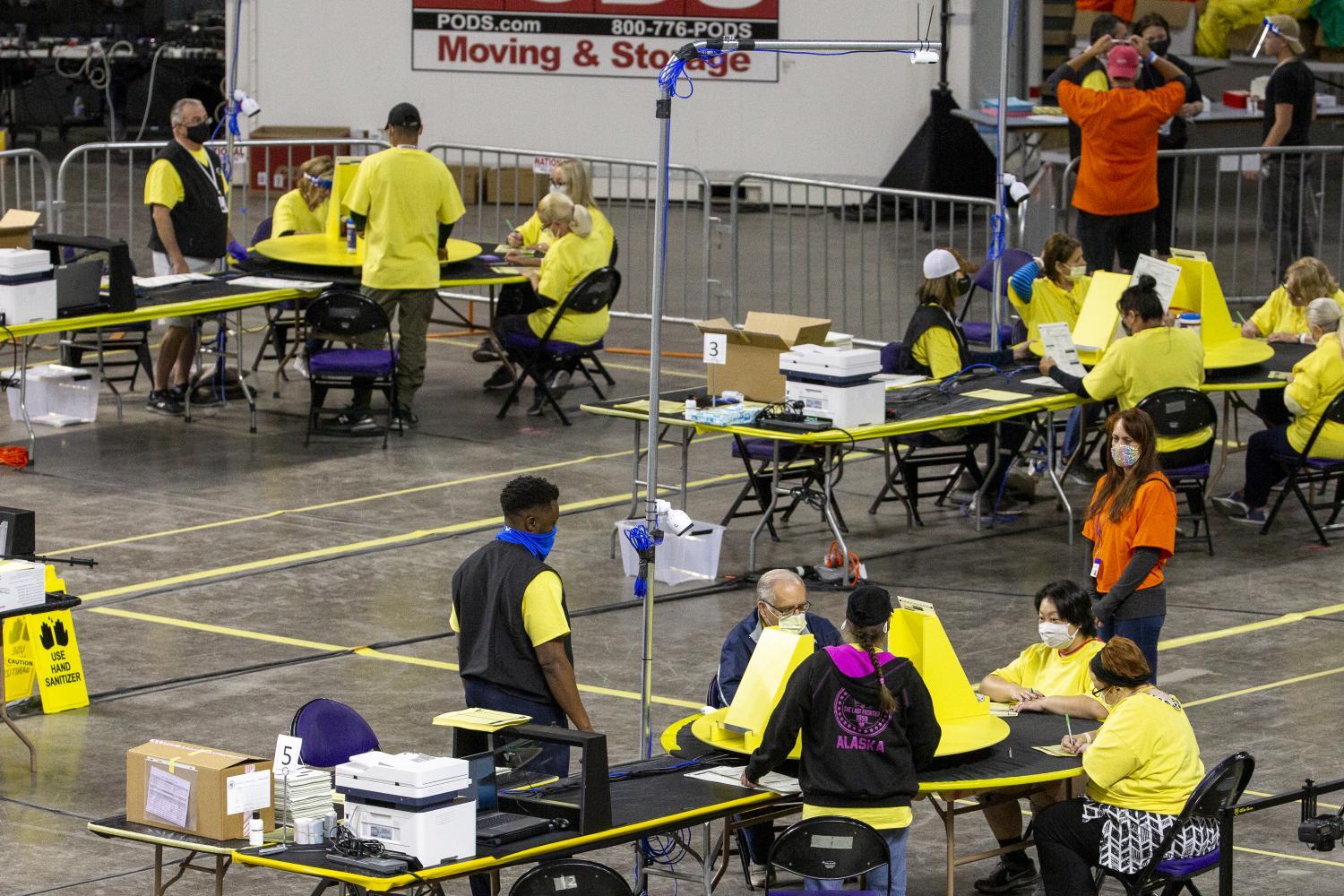 Workers fill the floor of the Veterans Memorial Coliseum, the site of the Maricopa County ballot audit, on April 27, 2021.

Groups linked to Donald Trump and conspiracy theories about the 2020 election have put more than $5.6 million into the audit run by a man who himself has touted some of the same rhetoric.

But it’s unlikely that Arizonans ever will find out who is really behind all that cash.

Cyber Ninjas CEO Doug Logan disclosed he has taken in more than $5.7 million. That’s on top of the $150,000 contract he has with the Senate to conduct the review of the results of the general election in Maricopa County and see if Joe Biden really outpolled Donald Trump.

And the lion’s share of that, about $3.25 million, came from The America Project, set up by millionaire Patrick Byrne, the former CEO of Overstock.com. And Byrne already has said he believes what happened was “a fraudulent election.”

As to who is behind all that money, there’s no legal way to find out.

The America Project is set up under the Internal Revenue Code as a 501(c)(4) as a “social welfare organization.” And that precludes it from having to disclose the actual donors. Rod Thompson, who handles media for Logan and Cyber Ninjas, said there would be no further details released.

America’s Future put in another more than $976,000. The chairman of the board is Michael Flynn who served as Trump’s national security adviser. And its president is Ed Martin who, along with Phyllis Schlafly and Brett Decker, wrote “The Conservative Case for Trump.” Its web site describes the organization as “the nation’s leader in the fight to preserve American values and ideals, protect the nation’s constitutional republic, promote strong American families, revitalize the role of faith in our society, and advance the virtues of free market capitalism.”

There also was $605,000 from Voices and Votes, headed by Christina Bobb who used her position as a host on the Trump-oriented One America News Network to both say she was covering the audit as well as raise money for it.

Other funds include $550,000 from Defending the Republic, a group headed by Trump attorney Sidney Powell, and $280,000 from Election Integrity Fund for the American Republic, a group set up specifically to generate cash for the Arizona audit that is run by Michigan attorney Matt DePerno who was accused of spreading misinformation in his state about election fraud.

All of these groups also are set up under federal tax law to allow them to shield the identity of the true donors.

Thompson said he cannot say how that $5.7 million — plus the $150,000 in taxpayer dollars — compares with the actual cost, as the audit is not yet over. There apparently is nothing that precludes the dollars from being funneled personally to Logan or to pro-Trump causes.

Senate President Karen Fann said Logan’s list fulfills a promise he made to disclose the source of outside funds which he and others have been soliciting. But the Prescott Republican said she is not disturbed by the failure of any of the organizations to break down the individual contributors. And she told Capitol Media Services she will not ask for that.

“If I ask them for that, then should I ask for names of those to contribute to anti-abortion organizations?” Fann asked. She said that’s why the U.S. Supreme Court has ruled that certain contributions should be protected under the First Amendment.

That relates to a 1958 ruling where Alabama sought to block the NAACP from operating in that state because it would not provide various records, including membership lists. The justices rule that the demand for the list was unconstitutional.

“Caucasians were being threatened by the Ku Klux Klan when they stood up for African Americans with political contributions,” she said.

Fann has defended having virtually the entire cost of the audit, which she has declared to be an official government function, paid by outsiders, including those who she does not know. But that decision also comes on the heels of lawmakers voting to make it a crime for any outside group to provide money to state or local entities to help run elections or conduct voter registration efforts. That followed the disclosure that nine Arizona counties got more than $6 million last year from the Center for Tech and Civic Life. Jennifer Marson, executive director of the Arizona Association of Counties, said that helped defray some of the costs of running an election during the COVID-19 pandemic.

Republicans in the Legislature, however, noted that the $400 million CTCL gave out came from Facebook billionaire Mark Zuckerberg and his wife, Priscilla Chan. And Aimee Yentes, a lobbyist for the Arizona Free Enterprise Club which tends to support GOP causes, said Zuckerberg is a known liberal, accusing him of curating content, filtering conservative messages and banning individuals with opposing political opinions.

Fann said the audit is costing far more than anticipated, blaming at least some of that on what she said has been the lack of cooperation by Maricopa County. That included a series of legal battles over what, if anything, the Senate is entitled to have, battles that so far have largely gone the Senate’s way. She also said there were unanticipated costs, like having to rent space in the Veterans Memorial Coliseum and obtain 24-hour security. Fann said that would not have been necessary had the county allowed Cyber Ninjas to conduct its review at county election offices.

And a new legal battle may be in the works, with Fann having issued new subpoenas not only to the county but to Dominion Voting Systems which provides the leased election equipment to the county. Among the things Fann wants for Cyber Ninjas are passwords, security keys and other information necessary to access the programming in the equipment.

Could online attacks spark a war?

Sun Aug 1 , 2021
There were unnerving scenes here in Washington DC in May. Long lines of cars formed at the few petrol stations that still had fuel. Others had posted signs outside their premises advising motorists that their pumps were empty. There was a sense of panic, reminiscent of the early days of […] 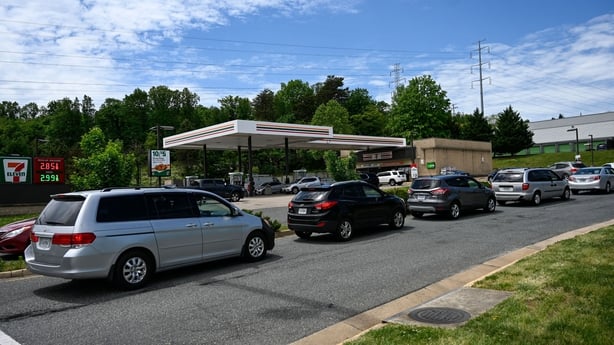