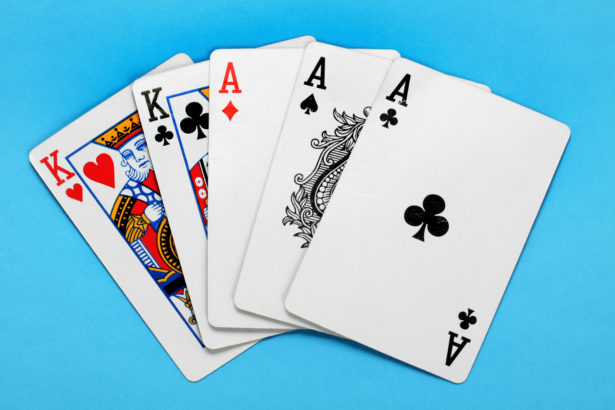 When Dad bought a house solely in his name, can Stepmother claim a community property interest after Dad has died? Perhaps yes. The answer lies at tricky intersections of California probate law and family law. While family law governs spouses during their lifetimes and upon divorce, the death of one spouse complicates the picture.

In Estate of Wall (2021) ___ Cal.App.5th ___, the Third District Court of Appeal in Sacramento ruled that the form of title presumption prevailed over the community property presumption, and yet the surviving spouse still prevailed on a theory of spousal undue influence.

Benny Wall, born in 1939, had two children by his first marriage. After his home was foreclosed, his daughter allowed him to move into a home that she and her husband owned, charging reduced rent so that Benny could repair his credit and save.

Benny met Cindy and they married in 2008. She moved in with him. They kept their finances separate.

In 2010, Benny used almost $100,000 of his separate property to buy a home, taking title as “a married man as his sole and separate property.” He financed the balance of the $134,000 purchase price. Cindy was not on title to the house, nor was she liable on the loan.

Benny, who was retired, received income only from separate property sources. He used that income to make mortgage payments. He died unexpectedly in 2016 and Cindy then claimed a community property ownership interest in the house.

Judge Lesley Holland in San Joaquin County Superior Court, who has since retired and serves as a mediator, conducted a trial on the ownership of the house. It was a battle between stepparent and stepchildren, one of the more common forms of trust and estate litigation, and included conflicting testimony about whether Benny and Cindy were close and intimate.

Cindy testified that Benny told her she was an owner and it was “their home.” Benny asked her to sign a quitclaim deed in his favor while promising her that the deed meant nothing. He said he would add her to title later.

As to who paid for the home, Cindy testified she had written Benny a $3,500 check to use towards the purchase, later given him a $2,500 check, paid for home improvements, and painted and did other work on the house. Her son and nephew rented rooms in the house and Benny received the rent checks.

Applying the evidence to the Family Code and Evidence Code, Judge Holland ruled that that the house was community property such that Cindy held a half interest.

Court of Appeal Clarifies Law, But Affirms the Ruling

The Third District Court of Appeal’s opinion is partially published. In the published portion, which is controlling authority on all California trial courts, the appellate court faced the issue of competing statutory presumptions.

Evidence Code section 662 states: “The owner of the legal title to property is presumed to be the owner of the full beneficial title. This presumption may be rebutted only by clear and convincing proof.” In other words, if Abel and Cain buy property together, but only Cain’s name goes on title, Abel will bear the burden of providing, by a high probability, that in fact he and Cain agreed on co-ownership.

Family Code section 760 states: “Except as otherwise provided by statute, all property, real or personal, wherever situated, acquired by a married person during the marriage while domiciled in this state is community property.”

Judge Holland ruled that section 760 controlled over section 662. Thus, since the house was acquired during marriage, it was presumptively community property.

The Court of Appeal disagreed, relying on In re Brace (2020) 9 Cal.5th 903 for the proposition that the “form of title controls at death” per Evidence Code section 662.

In re Brace pertained to the property rights of a married couple in the bankruptcy context, not after the death of a spouse. Thus, the published portion of Estate of Wall establishes a new bright line for probate courts to follow. If a spouse dies while holding sole title to real estate, that spouse’s chosen beneficiaries can assert the form of title presumption to claim ownership of the asset.

While section 662 properly trumped section 760, the Court of Appeal in the unpublished portion of its opinion agreed with Judge Holland that a different Family Code section overrode section 662.

Family Code section 721, subdivision (b) states in part: “in transactions between themselves, spouses are subject to the general rules governing fiduciary relationships that control the actions of persons occupying confidential relations with each other. This confidential relationship imposes a duty of the highest good faith and fair dealing on each spouse, and neither shall take any unfair advantage of the other.” Thus, section 721(b) can create a presumption of undue influence as to interspousal property transactions.

Cindy presented evidence that she and Benny decided to buy the home together. Only after they were denied a joint loan did Benny apply by himself. She signed a quitclaim deed at Benny’s assurance that it meant nothing and she would be added to title later. Thus, there was substantial evidence at trial to support the presumed undue influence.

A Flush Beats a Straight and Falls to a Full House

Keeping track of California’s statutory ownership presumptions is akin to mastering poker hand rankings. Everyone knows that three of a kind beats two pair, but non-enthusiasts may not recall how a flush ranks.

Family Code section 721 recently was narrowed by statute, but when applicable indeed is a powerful presumption that can be difficult to overcome, especially when the presumed undue influencer, like Benny Wall, cannot testify from the grave.